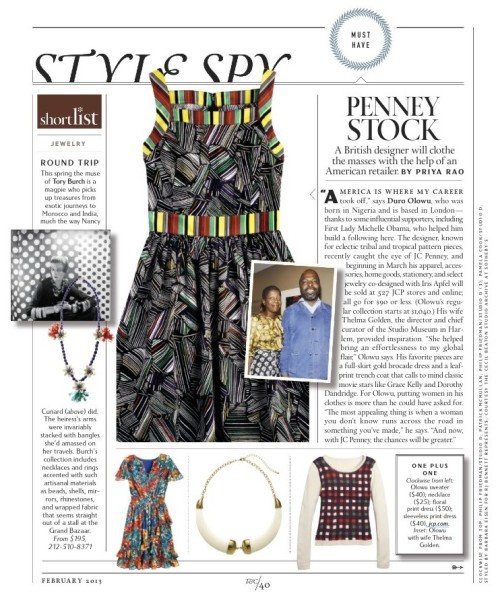 In the February issue of Town & Country, Thelma Golden, director and chief curator of the Studio Museum Harlem, and Duro Olowu, Golden’s clothing designer husband, are featured in the affluent magazine mentioning that Olowu has inked a deal with JCPenny where his clothes, accessories and other items will be sold at JCP and online starting this coming March-all for under $90. Very cool. And apparently our First Lady Michelle Obama is a big supporter of Olowu. Double cool.

To view the entire article, purchase the February issue of Town & Country.