Several news outlets are reporting that Ichiro Suzuki, an outfielder for the Yankees, hit a home run in the rental market by renting an apartment at 111 Central Park North in Harlem. According to SportsGrid.com, Suzuki “is on the cutting edge [by moving to Harlem]. Everyone in New York knows that Harlem is the new Williamsburg.” 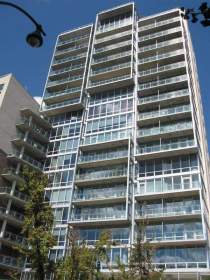 Curbed.com, The Real Deal and Business Insider all say that Suzuki is paying $23,500 a month for his new swanky pad that overlooks Central Park, not to mention he cut time off his commuting. Harlem is much closer to Yankee Stadium. The Yankee baseball player was living on the Upper Eastside prior to moving to Harlem.

The best part of this story is that the Japanese-born professional baseball player reportedly beat out Derek Jeter and A-Rod, who were considering buying the same place for a cool $9 million. Ahh, ya gotta love competition on and off the field!