Happy New Year Harlem! Hope everyone had a fabulous holiday!

We are back in Harlem after two weeks away and we noticed some activity outside the commercial space where ModSquad, the bicycle shop, use to be, which was on Frederick Douglass Blvd between 114th and 115th Street. We asked the folks standing outside whose moving in? We were told Harlem Skin Clinic. This business has been house inside Land Yoga space since the Ashantga center opened more than two years ago. Looks like they are branching out and getting their own space. Good for them and continued success! 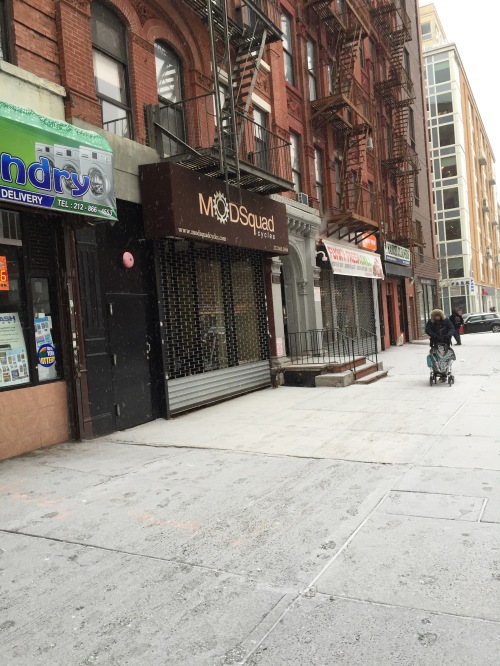