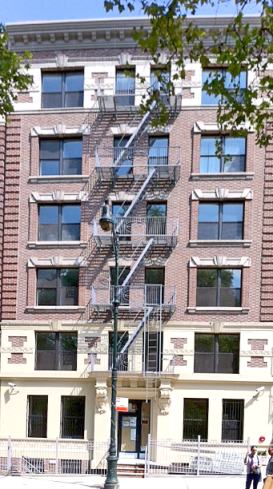 According to its website, 250 Park View has an exposed-brick entryway which leads into 20 elevator-accessible units, a live-in super, security camera and color video intercom. The 20 units range from studios to 3 bedrooms with either park or courtyard views. Studios start at $450k, and the largest 3 bedroom duplex penthouse are going for $999. Wow!

Better hurry if you’re interested in living in Harlem at this location, which I think is a good one since it’s by two big parks, close to Harlem’s restaurant row and its very close to a subway stop, 110th Street B/C. Out of the 16 apartments listed on its site, only 8 are left. Harlem apartments clearly sell like hot cakes!