According to Curbed.com, Celebrity Chef and Harlemite Marcus Samuelsson and Maya, his gorgeous wife, have some new digs in Harlem. They’re moving on up as 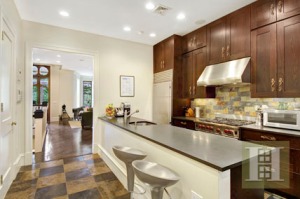 the saying goes from West 118th Street to West 120th Street. The socialite couple have purchased a townhouse at 30 West 120th Street for the asking price of $2.895 million. Curbed reports that the deed hit public record yesterday, Feb. 8 and the sale closed in late January. The 4,650-square-foot Harlem townhouse includes five bedrooms, four bathrooms, a garden, and a second entrance that allows the garden level to be a separate apartment.

Curbed takes a jab at the kitchen shown in the listing pics saying “it looks little smaller than we’d expect for a professional chef.” Have any of these folks been in his prior home? Some of us have when the Samuelsson’s hosted the Horn of Africa fundraiser. The kitchen in the new Harlem townhouse is twice is big as what they had in the old Harlem apartment on 118th Street. Not sure what Curbed is basing their comments on, but the new kitchen in the townhouse is perfect for a celebrity chef.

Anyhow congrats to Marcus and Maya on their new Harlem home. It’s crystal clear from the recent home purchase that they plan to stay in Harlem for the long-term! Good for them! 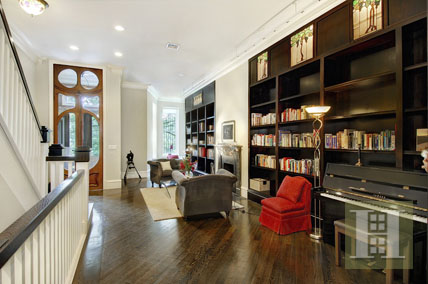