Awesome Actor Denzel Washington dines in Harlem at The Park 112

Golden Globe, Tony, Academy Award Actor Denzel Washington decided to head uptown this past weekend for some good grub in Harlem. Where did he go? To Harlem restaurant row’s The Park 112. Not a bad choice, Denzel! We hear he ordered the Brick Chicken and Branzino dish, but no drinks! Hey, when you’re on Broadway performing in Raisin in the Sun, ya gotta eat and drink well.

Let’s not forget that Denzel Washington is familiar with the streets of Harlem. A few years back, he was in Central Harlem filming American Gangster.

Other celebs, models and well-known athletes have made their way up to Harlem to The Park 112 as well, such as Kobe Bryant, Jessica White, and Mekhai Phifer of ER. Again, don’t take our word. Go to their Instagram account! All the evidence is there! 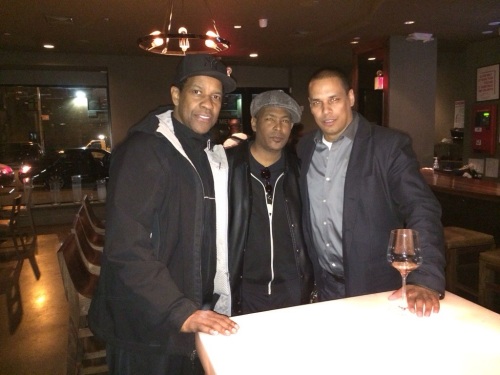