Today’s the day, June 23, when East Harlem will start their outdoor farmer and flea market called Flea Marqueta. Head on over to the plaza, also known as, “La Placita” on East 116th and Park Avenue, across from Urban Garden Center and check out the flea market. Flea Marqueta will take place every Sunday, June through October, from noon to 6 pm. 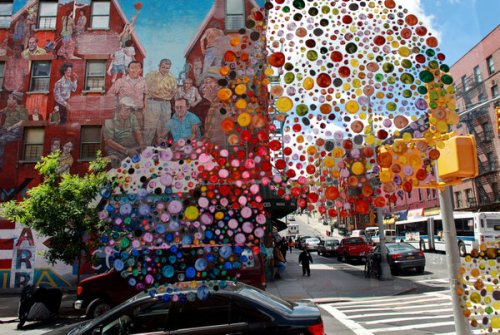 For those who have wondered where East Harlem/Spanish Harlem/El Barrio begins, today The New York Times confirms for us once again that it begins right above East 96th Street. And according to The Times, the  old divide between the Upper Eastside and Spanish Harlem is becoming “less visible.” To read the latest Times article on East Harlem, go here.

And Urban Garden Center, which has been a leader in getting events organized in their community, recently announced that Spanish Harlem will now be having their very own flea market called Flea Marqueta starting this June.

So whenever you get a chance, head East in Harlem and check out their events. I promise you will experience a wider view on why the greater Harlem area is an awesome place to live.

East Harlem to start their own flea market, to be called Flea Marqueta

According to East Harlem’s Urban Garden Center, a flea market is popping up right across the street from them at East 116th Street and Park Avenue. Their multiple Facebook posts state “we are starting a flea market called Flea Marqueta…!” Flea Marqueta will start June 23 and run to October.

They are currently looking for vendors, artists, performers, food operators and more. For more information about Flea Marqueta, contact Sara@UrbanGardenNYC.com or call 917-769-4884.