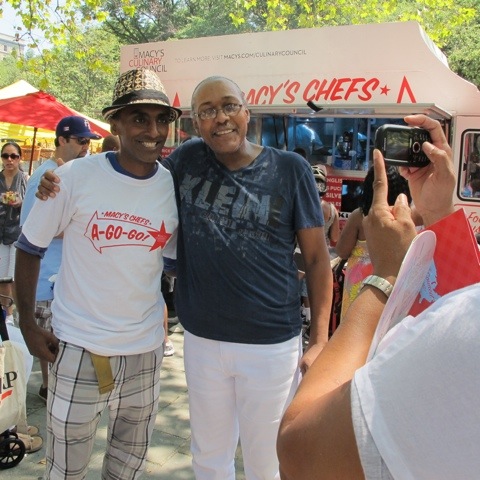 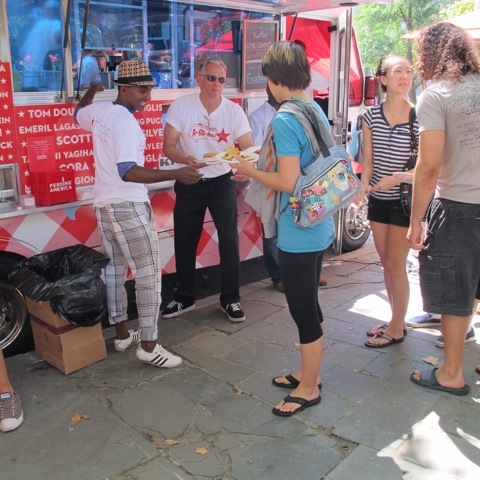 Vanity Fair announced their 2011 International Best-Dressed List today and our very own Harlemite made the list of best dressed men, Marcus Samuelsson. Marcus is in good company on the coveted list. Justin Timberlake is named, along with actor Colin Firth, Armie Hammer who starred in The Social Network, Greek shipping heir Stavros Niarchos and more. See complete list below!

Marcus is having a very good year! Along with the Vanity Fair Best Dressed List, his Harlem restaurant on Lenox Avenue is not even a year old and it’s a happening place. The New York Times has blessed him with several raving reviews on him, such as chef profiles, restaurant reviews and where to hang uptown, i.e. Red Rooster. New York Magazine lists his place on their website in the Most Buzzed About Restaurant in Manhattan. There are several awards he has won this past year. The list goes on and on. Oh, and of course it does not hurt that he has a stunning wife by his side, Maya!

I last caught up with Marcus at the Macy’s Food Truck event this past Sunday to kick off Harlem Week! And come to think of it, he was looking pretty stylish at that event while out there serving catfish sandwiches with sweet potato fries! Can you blame him for looking good! He knows people are watching. He might as well give us all something else to look at other than his delicious food!