Pablo Blaqk and Ladell McLin perform tonight at the Shrine in Harlem, no cover charge

Need plans for tonight? How about listening to some live music in Harlem? The good folks over at the Shrine, located at 2271 Adam Clayton Powell (7th Ave) between 133 & 134 streets, tell HarlemGal Inc. they have two live bands playing tonight, September 2, with no cover! Sweet. See details below!

The one and only Pablo Blaqk is playing a a very special bonus NYC show tonight after packing the house last night at Arlene’s Grocery. The Cuban-American, soulful singer-songwriter, is touring to support the long-awaited release of his Sons & Daughters album. He has shared the stage with incredible acts like John Legend, John Forte, Great Lake Swimmers, and Joshua James. With over 230,000 YouTube views, this young artist is steadily on the rise. Pablo Blaqk is an act you do not want to miss.
www.pabloblaqk.com

Ladell has been described as a true artist that possesses the ability to transcend the bounds of conventional music through his muse, the blues. Born on the South Side of Chicago, Ladell discovered the music that would have a lasting influence on his life. Deeply touched by the genre, Ladell worked hard to hone his seemingly natural talents on the guitar. His efforts eventually earned him a place in the house band at Buddy Guy’s Legends, arguably the world’s top spot for blues. McLin learned onstage from the best in the business: Koko Taylor, John Primer, and Buddy Guy himself. Mr. McLin will play 2 stellar sets this evening.
www.ladellmclin.com 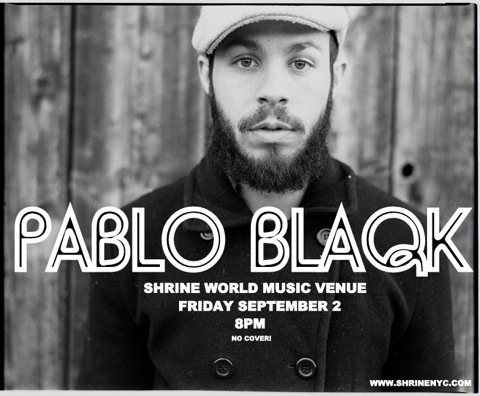 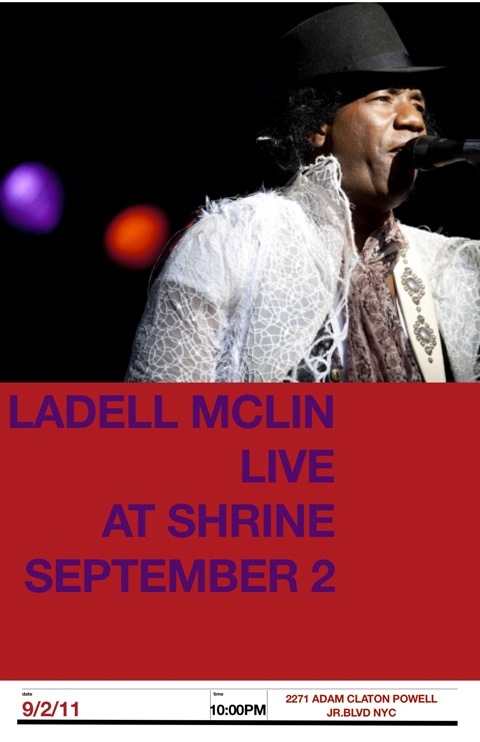