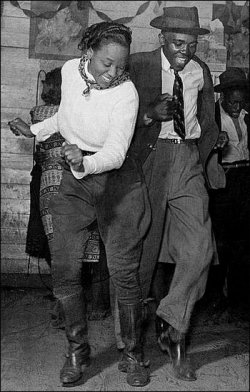 The good folks over at Harlem One Stop are letting us know: “it don’t mean a thing, if it ain’t got that swing.” To get that swing consider the Fall Swing Dance Schedule for Harlem that starts October 3 and runs all the way to December. There are several options for those of us who want to step into Fall Swing dancing.

First up is FREE Swing classes at Wadleigh Performing Arts High School starting at 6:30pm on Monday, October 3. This class appears to be open to all levels. Wadleigh HS is located on 114th Street between Frederick Douglass Blvd and Adam Clayton Powell Jr. Blvd. 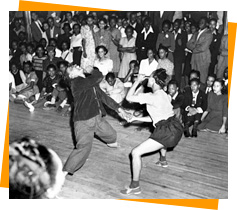 If a beginners Swing class is of more interest, that is taking place Tuesdays starting October 4 from 7-8 p.m. at the Lt. Joseph P. Kennedy Jr. Community Center located on 134th between Lenox Avenue and Fifth Ave. This class is asking for a $5 donation.

For advanced Swing dancers, that is taking place on Thursdays starting October 6 from 6-7 p.m. Advance Swing dance classes are happening at the same venue as the beginners class, which is at Lt. Joseph P. Kennedy Jr. Community Center. The class is also asking for a $5 donation.

And on Fridays, starting October 7 and running through December, are the dance classes for Matures. This class is FREE and is offered at the New Canaan Senior Center.

There you have it! There are dance classes offered in Harlem for every generation, i.e. Gen X to Boomers to Matures!