Tag Archives: The Schomburg Center for Research in Black Culture

Harlem, we are all cordially invited to attend the V.I.P. reception of the world premier screening of the film, “American Beatboxer” The documentary hits the stage at the Schomburg Research Center on May 15th in Harlem, NYC.

“American Beatboxer” tells the story of the first ever, American Beatboxing Championship, shot during the summer of 2010, at Littlefield Performance and Art Space in Brooklyn. Contestants of all races from the United States competed, down to eight finalists. This documentary honors the evolution of Beatboxing juxtaposed against the final day of competition to crown the first American beat boxing champion.

The event is free by RSVPing in advance to AmericanBeatboxerRSVP@gmail.com. Below are all the details to attend:

This is for all the comic book fans out there in Harlem! Today from 10 AM to 4 PM, the Schomburg Center for Research in Black Culture, 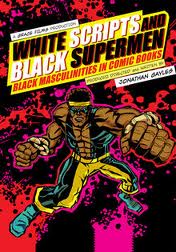 The Black Comic Book Festival is a gathering for young people who enjoy reading about the rich tradition of black superheroes. The festival will feature a screening of the film “White Scripts and Black Supermen: Black Masculinities in Comic Books”; a pop-up art exhibition of “Black Kirby”- a visual homage to the legendary comic book artist Jack Kirby by artists John Jennings (SUNY Buffalo) and Stacey Robinson; panel discussions, hands-on workshops, and exhibit tables with premiere black comic book artists from across the country. This event is free. Registration is required. All ages welcome. Go here to learn more.

And a big thanks to the reader who sent in this information! Much appreciated!

See Malcolm X: A Search for Truth and Romare Bearden Tribute at the Schomburg Center in Harlem

The Schomburg Center for Research in Black Culture has two interesting and distinct exhibitions taking place until January 2012. The first is Malcolm X: A Search for Truth. This exhibition showcases Malcolm X’s various speeches, sermons, radio broadcasts, diaries, correspondence, and other documents handwritten by him. Visit this exhibition every day, except Sundays, until January 7, 2012. Click here to read more about Malcolm X: A Search for Truth.

Schomburg Center for Research in Black Culture is located at 515 Lenox Avenue at 135th Street. Take the 2/3 NYC Subway to 135th Street!