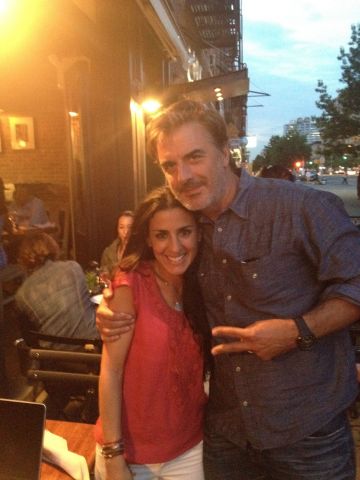 If you’re not on twitter and following fellow Harlemites or Harlem businesses, such as the Corner Social located on Lenox Ave and 126th Street in Harlem, this blogger highly recommends it. Why? This particular social networking tool always seems to have interesting news about what’s going on in Harlem. For example, Corner Social, formally known as Lenox Social, tweeted last night that Chris Noth, the actor famous for playing Big on Sex and the City, did some socializing last night (May 13) in Harlem at…where else? You guessed it, Corner Social! That’s very cool! I guess Chris Noth knows some of the owners of restaurants in Harlem since he’s in the business as well, or maybe he likes coming uptown to hang because it’s just as fun, if not more, than being downtown.

If you haven’t stopped by the Corner Social in Harlem, better hurry up now. Once celebs start showing up, dining establishments almost always experience a spike in attendance. I am going back this week, pronto! See you there!

As most of us know already, last week the owners of the former Lenox Social in Harlem decided to change its name to the Corner Social because that’s where they are actually located in Harlem, i.e. on a corner, and to avoid confrontation with the historic Lenox Lounge. It has been a smooth transition from what I have heard and patrons are flowing in at a steady pace to that “Corner” on 126th Street and Lenox. And if you’re wondering-like I was-if the former Lenox Social and Lenox Lounge ever really came to blows in court, I have confirmation from the Corner Social’s peeps that it never happened and there was never any settlement around a trade infringement. The folks behind Corner Social told me they decided to change their name because they wanted to “take the high road” and move on with building a successful dining and bar establishment in Harlem!

So there you have it. No court drama ever happened between the two entities. We can now all move on, which most of us have, and party on at the Corner Social and Lenox Lounge in Harlem!