What to do today Saturday in Harlem? Land Yoga, Harlem Flo and The Dwyer

Its another beautiful Fall day in Harlem and there are several events happening today for your consideration!

This morning Land Yoga is holding its first full LED Primary Ashantga Yoga Class  at 11:15 AM to raise money for Mother Hale Learning Center. The cost is $20 dollars. That fee gives you entrance to an afternoon fundraising reception, which will take place at 3 pm at Land Yoga, located near the corner of 114th Street and Frederick Douglass Blvd. This event also serves as a Bon Voyage party for Lara, the owner and teacher at Land Yoga. She’s heading back to India for a month! 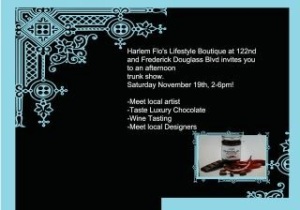 Harlem Flo is having there annual trunk show featuring several local artists, such as the work of watercolorist Lynn Lieberman. That event starts at 2 pm. Harlem Flo’s Lifestyle Boutique is located at 122nd and Frederick Douglass Blvd.

Nick Coker’s Creative Vision, Inc. presents ‘A journey into the Art, the Psyche, and the Spirit of Nick Coker’s Visions’, a narrated tour and examination of the late Harlem artists’ art, poetry, prose and music at The Dwyer Cultural Center. This event starts at 6 pm and ends at 8 pm!

Nick Coker grew up in Harlem during the Renaissance era. Coker became the first black artist to work for leading advertising agencies and fashion houses on Madison Avenue. He worked for artists and organizations such as Emilio Pucci, the Seventh Avenue Fashion District, Bobby Hooks and the Negro Ensemble Company, along with many others. Coker was also the first artist to put art on t-shirts and remove a piece from the iconic apple that is now a signature of New York City tourism.

By HarlemGal
Learn about the essence of Harlem through the eyes of contemporary artists. Starting April 12 and running through mid-September, the Dwyer Cultural Center, located at 258 St. Nicholas Avenue in Harlem, presents the Spirit of Community, an exhibition featuring commissioned works in photography, mural, sculpture, and video chronicling the sights, sounds, colors, textures, and people of Harlem. In the Spirit of Community, visitors will see how artists lend their imagination and innovation to capture the heartbeat of Harlem’s vibrant and thriving community. On April 12, head on over to the Dwyer at 6:30 PM to see this exhibition. And if you cannot make it then, it runs for five months ending September 15!