Harlem parents, have you checked out Tribeca Pediatrics,which recently opened in Harlem on 114th Street and Frederick Douglass? I have taken my daughter twice already, seen all doctors and both experiences have been very good so far.  I plan to continue to take my daughter there. On a recent visit, I collected the bios of the two doctors/pediatricians that are working at the Harlem branch of Tribeca Pediatrics. I am passing the bios along for those interested. Also, here is the phone number and email as well: 646-666-8248, harlem@tribecapediatrics.com.

Also, the email notice said that Dr. Dominika Wittek will host a complimentary Introduction to the Practice sessions, every other Tuesday at 5:15pm starting January 28th.

Construction moving along for upcoming Tribeca Pediatrics in Harlem

Back in March 2013, HarlemGal Inc blogged that Tribeca Pediatrics will be opening up a branch in Harlem on the corner of 114th Street and Frederick Douglass Blvd. They are moving into the old 99 cents store space, which has now started to be transformed. That was very visible today. When walking by, pedestrians can see a new glass store front.

Tribeca Pediatrics signed a 10-year, 2,500-square-foot lease at 2111 Frederick Douglass Boulevard in Harlem. On their website, it says coming soon and lists two individuals, who will be staffing the Harlem office. Go here for more information about the Harlem branch of Tribeca Pediatrics. 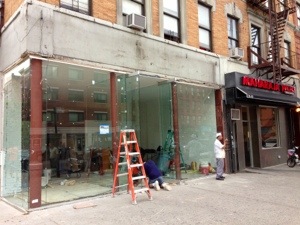 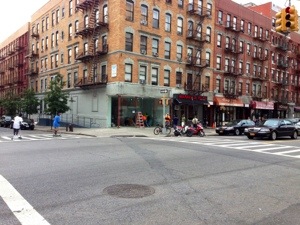 The Commercial Observer reported last week that Tribeca Pediatrics is opening up a branch in Harlem. Tribeca Pediatrics signed a 10-year, 2,500-square-foot lease at 2111 Frederick Douglass Boulevard in Harlem, which most of us know as the 99 cent store.

The reason for the upscale facility coming to Harlem? According to Douglas Elliman’s retail group team Faith Hope Consolo, who represented both the landlord, Tahl-Propp Equities, and the tenant in the transaction told National Real Estate Investor that “just as Starbucks is a marker for an emerging neighborhood, a sophisticated pediatric clinic is a sign it has arrived. This now coveted corner is transitioning from a 99 cents store to a cutting-edge medical facility for children.”

To learn more about Tribeca Pediatrics, visit their website. 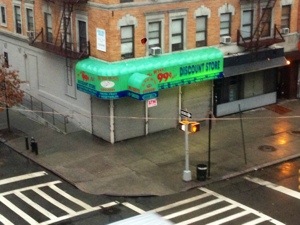