Is Jado Sushi in Harlem starting off in the community on the wrong foot? 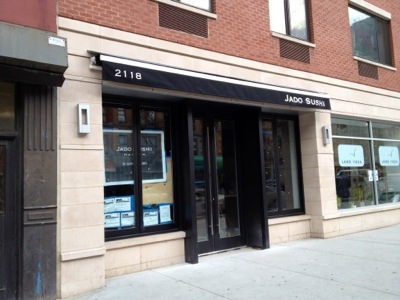 It has been really fun and exciting lately to blog about some of the recent openings happening in Harlem, such as The Corner Social, Harlem Food Bar and Frederick Cafe Bistro. All these places have opened with such positive fanfare and the management behind these establishments are a delight to work with. However, there is one dining establishment on Frederick Douglass Blvd that is getting ready to open and I am finding it difficult to rave about. I am contemplating not evening dining there. Why? You may or may not know that there’s been an ongoing conflict between the owner of Jado Sushi, which is located in The Douglass Condo retail space (2118 FDB), and the owner of Land Yoga, which has been established in The Douglass for almost a year now and is Jado’s neighbor to the right. 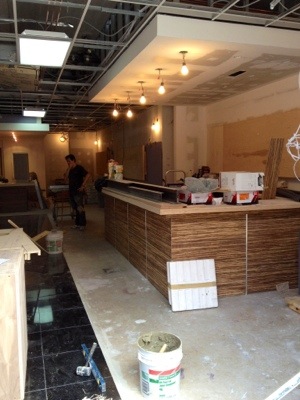 According to online reports, Land Yoga in Harlem has been respectfully asking Jado Sushi, which is owned by the same person who owns The Winery on 116th Street, to kindly sound proof the restaurant so that it does not affect the environment of the yoga studio. Those multiple requests to Jado Sushi have been ignored to date, according to Land Yoga. HarlemGal Inc contacted The Winery asking for comment about Land Yoga’s request to sound proof and they did not respond.

Another reason I am blogging about this now is ’cause multiple readers have asked, why have you not mentioned anything about Jado Sushi in Harlem on your blog? Well, this is why. I am aware of the conflict going on between Jado and Land Yoga in Harlem. 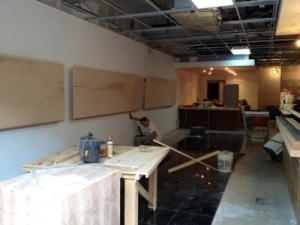 For conversation sake, I have even asked Harlem business owner(s) about this and most have informally commented it is the responsibility of Jado Sushi  to sound proof the place since they are coming into a retail area that has already been established, apartments above the Jado space will more than likely complain about the noise below so it’s best to sound proof now rather than later and its the politically correct thing to do. Most of the businesses on FDB support each other. Yesterday, I read that the owner of Melba’s stopped by Harlem Food Bar recently to show her support. That’s classy!

Personally, I am not clear on why Jado Sushi would not want to sound proof the place now versus wait until later like when more 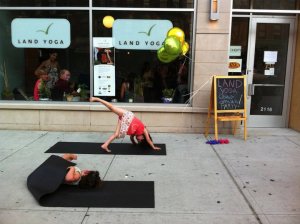 complaints potentially come in or this get’s escalated into a potential legal matter. Then again, maybe it’s not Jado’s responsibility to sound proof their place or is it? Does anyone have any thoughts on this subject? Should Jado Sushi in Harlem sound proof its place to accommodate Land Yoga?

And as for dining at Jado Sushi, at the moment I don’t want to even think about going there when it opens knowing this conflict is nowhere near a resolution and that I might be interrupting someone’s yoga practice-if Jado is not sound proofed. It doesn’t feel right as a long time practicing yogi. That’s another reason why I can’t get excited about this place and starting to believe that Jado Sushi just might be starting off in Harlem on the wrong foot leading to an uneventful opening.

35 responses to “Is Jado Sushi in Harlem starting off in the community on the wrong foot?”