Harlem Tavern expanding to the Heights, hiring this week at new location 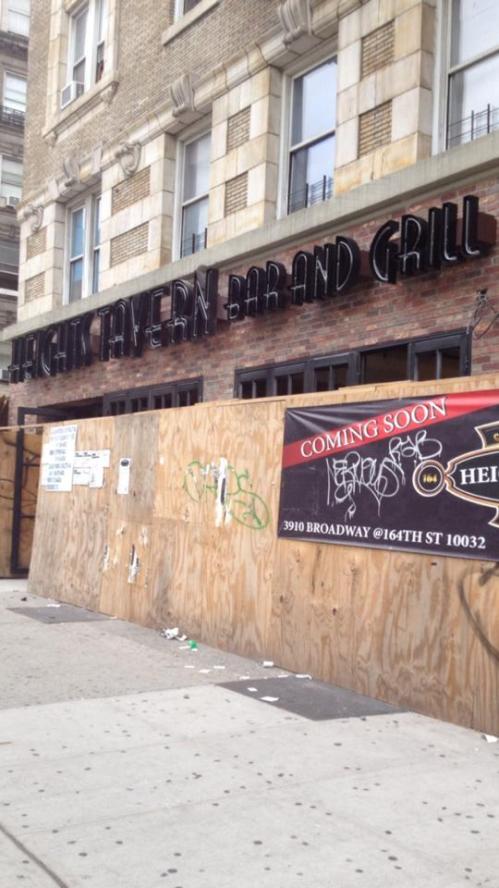 Harlem Tavern, the two-year old restaurant and bar at 116th Street and Frederick Douglass Blvd., is ready to take their business model uptown to the Heights! It’s been well-publicized. Yesterday, Harlem Tavern unveiled on their Harlem-focused Facebook page a photo showing signage for their second uptown location called Heights Tavern, which will be at Broadway and 164th Street.

It was also announced on their page that Heights Tavern will be having “an open call this Wednesday-Friday (June 26-28) from 1-4 pm” at this new location.

Congratulations to Harlem Tavern owners, Gareth Fagan and Stephen and Sheri Daly, on their expansion. Clearly, the Harlem Tavern business model has returned a big ROI proving uptown Manhattan is the place to be!