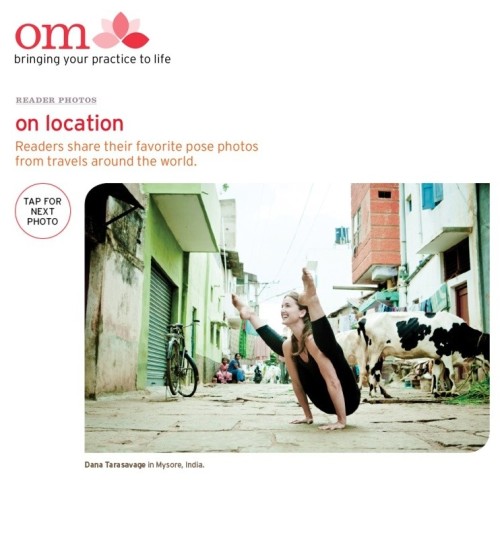 A bit of Harlem is featured in the recent edition of Yoga Journal. A photo of Land Yoga instructor and local Harlem Gal Dana Elyse Tarasavage is in Yoga Journal for their July/August edition. Yoga Journal asks readers for their On Location segment to send in their favorite pose photos from travels around the world. A photo of Tarasavage was sent in of her in Mysore, India striking a difficult yoga pose right there on the street among Indians and their favorite and sacred animal, the cow.

If you haven’t met or taken one of Tarasavage’s classes at Land Yoga in Harlem, you’re missing out. I have personally taken her class many times and enjoy it very much! Dana Elyse Tarasavage is at Harlem’s Land Yoga Tuesday and Thursday evenings, and Saturday morning. Land Yoga is located on Frederick Douglass Blvd between 114th and 115th Street. 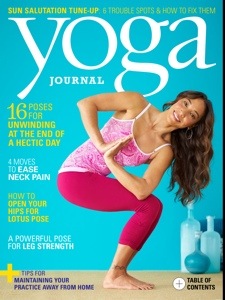