Recently, this blog mentioned a sushi place is coming to Frederick Douglass Blvd. Dragon Sushi is open as of November 16. We walked by and the sign said “open.” Stop by Dragon Sushi! They are at the near corner of 112th and FDB!

Remember 5 and Diamond or RDV restaurants and where they were located in Harlem? That commercial space will now be used for a place called Dragon Sushi!

Dragon Sushi, located at 2072 Frederick Douglass Blvd., plans to offer a full menu of sushi and sashimi! Hopefully this month according to the owner! Signage is almost up ! So the opening could be on track!

Dragon Sushi will be the second sushi place to open on Harlem’s restaurant row! The first attempt was by Jade Sushi, two blocks north, which is now Bean and Barley.

New York City is officially open! I’ve been waiting to share this picture for quite some time due to covid19 and the recent Black Lives Matter movement. Apparently, there is going to be a new restaurant opening on Harlem‘s restaurant row called Bixi. It’s going to be Asian cuisine I believe and it will be managed and operated by the same individuals who run Lido Italian Restaurant on the corner of 117th and Frederick Douglass Boulevard. That’s all the info I have right now. I’m sure more details will arise soon!

Wanna try the cuisine at Silvana Harlem, but can’t stay there for dinner? No worries. Silvana, located on 116th Street between Frederick Douglass Blvd and Manhattan Avenue, is now offering take out. No delivery yet. Call 646-692-4935 for take out! Take out menu is below. 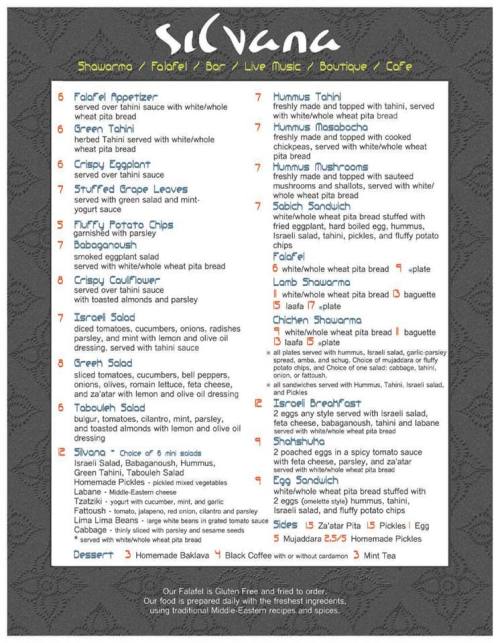 If you were hanging out at Silvana in Harlem this past Thursday July 4, you may have seen a well-known TV star, as well as a Broadway star! According to Silvana’s Facebook page, Actor David Schwimmer, known for his TV role in Friends, and Sahr Ngaujah, known for starring in Fela! The Musical, were both hanging out at Silvana Harlem on the same night. There is no mention on Facebook if the two celebrities went together or just happened to be there on the same night. All Silvana posted was a photo of Schwimmer saying these two were present. Either way, very cool for Silvana.

If you haven’t stopped by Silvana, it’s now open for business. Stop on by. It is located on 116th Street between Frederick Douglass Blvd and Manhattan Avenue. 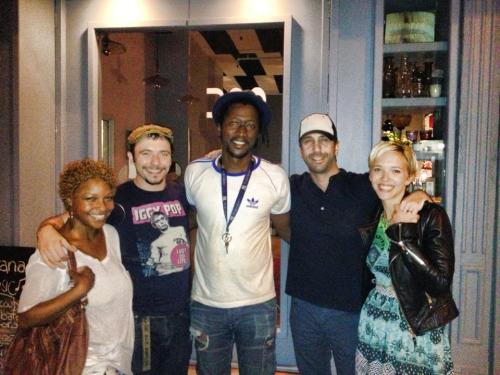 Did you see the nice article about Silvana Harlem in the Village Voice yesterday? It had plenty of good details, like where the name Silvana comes from and whose running the kitchen, etc. The article also confirms what this blog’s known all along, Silvana Harlem at 116th Street and Frederick Douglass Blvd is opening soon.

HarlemGal Inc now has confirmation from the owners of Silvana, who also own The Shrine and Yatenga French Bistro in Harlem, that Silvana Harlem will be starting their soft launch this coming Thursday, June 20 and as always, its by invite only. Then a few days later, like that Monday, they will open to the public.

Can’t wait to check this place out. This blogger enjoys both The Shrine and eating at Yatenga. The Ouedraogo’s know quality and service in the restaurant business. I am confident they will deliver the same level of good food and service as they have done in the past in Harlem. Congrats to them and their beautiful family on their expansion efforts in Harlem.

UPDATE: Silvana Harlem plans to have their opening night for the public Friday, June 21st and we will be open the next day on Saturday at 4 pm for dinner down stairs!

HarlemGal Inc has not received confirmation from the owners…yet on when Silvana in Harlem, the new Israeli restaurant, will open. However, we are guessing Silvana’s opening day might possibly be near. A reader recently left message on this blog announcing that Uptown Poetry Nights will happen on July 3 at the “all new Silvana Lounge” on 116th Street and Frederick Douglass Blvd. If that is in fact true that a poetry event is being held on July 3 at Silvana, wouldn’t the entire venue be open by then or would they just open part of the restaurant for this event? Our guess, Silvana in Harlem will be opening up very soon. Why would one start to promote events unless they knew when they were opening? Stay tuned… 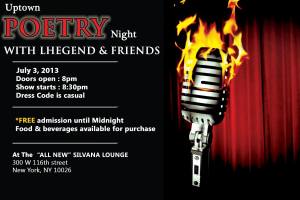 Inside Harlem Shake Restaurant, opens at noon May 16 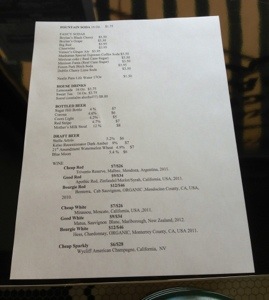 HarlemGal Inc was invited to the soft opening/private event of Harlem Shake Restaurant today and yes, we had a great time! Harlem Shake takes you back in time with its vintage look from the 50’s. Not only is Harlem Shake providing a classic look and feel, it is spacious and filled with a ton of light since it sits right on the corner of Lenox Avenue and 124th Street.

Inside there are vinyl stools lined up along their corner windows, vinyl booths posted against the wall where the now famous Harlem Shake photo hangs of the beautiful black women winking, and there is a celebrity wall of signed photos on display wishing Harlem Shake all the best with their upcoming opening. Former President Bill Clinton is up on the wall, along with Janet Jackson to Marcus Samuelsson and more. 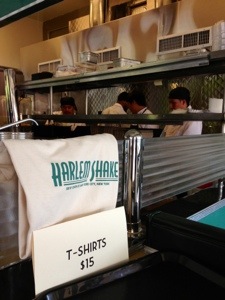 All of the food items I had were delicious. I especially like the bun on the hamburger. It was very fresh and it stayed connected at the back so nothing dripped out.

Harlem Shake will open at noon this Thursday, May 16 as this blog first reported. Their grand opening will be on June 13! See you at Harlem Shake Restaurant. 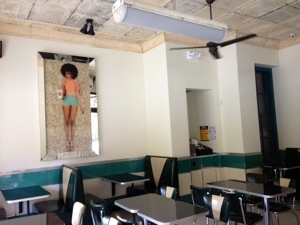 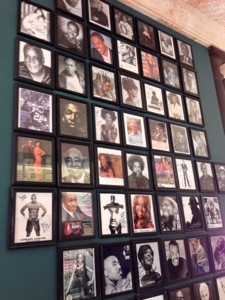 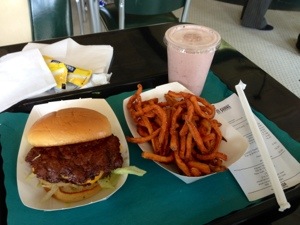 Harlem Shake Restaurant to open to the public May 16, not May 14 as previously reported 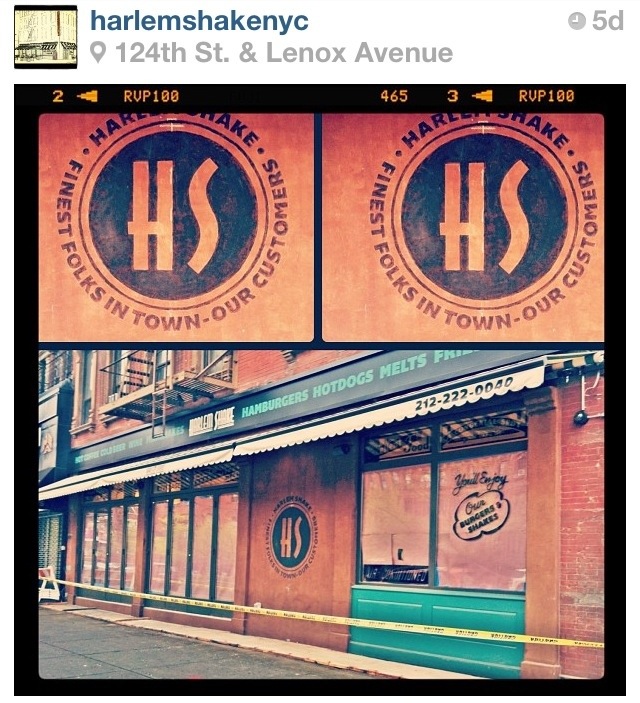 If you were planning on stopping by Harlem Shake, the restaurant that is opening up soon on Lenox Avenue on May 14, not so fast. Sources tell HarlemGal Inc that the opening day of Harlem Shake, no not the dance or recent video craze, but the actual restaurant in Harlem, is set to open to the public on May 16.

Similar to most new dining establishments in Harlem, Harlem Shake will do a lot of private practice runs before they actually let the public in. So stand by and be ready on May 16. 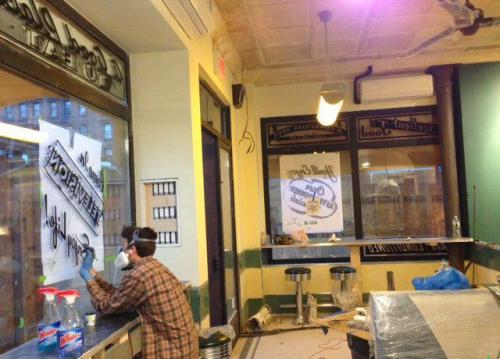 I walked by Silvana Harlem yesterday, this is the new restaurant opening soon on 116th Street and Frederick Douglass Blvd., and noticed the scaffolding is down and a help wanted sign is up!

If you’re interested in working at this upcoming Harlem hot spot, stop by Silvana this coming Tuesday, April 30 from noon to 2 pm.

By the way, I took a quick peak inside the place. It appears Silvana will have exposed brick on the first floor from left to right and columbia blue is featured on the exterior. It’s coming along! Stay tuned here for more details as they become available! 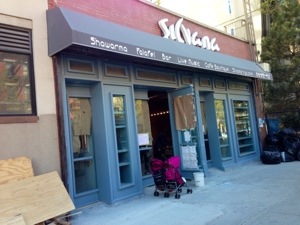